I have nowstarted to get a bit irritated of the junk box just above the gas owen.
I know from the previous owner that it was mentioned to be the installation place for a micro wave oven, but it has over time more become a place for all sorts of junk.

Said and done, after I have skulled the earth goin to several stores searching for a suteable owen I hade to realize that they ones that fitted was designed as something that would be installed in a camper och those movable house cars, finally I bought a used one at Swedens best trade site Blocket

I bolted the owen to its shelf with 4 M5 bolts. First I hade to drill and thread its lower chassi.

It is now powered from the shore power but I awas told that it would be easy to instal an inverter estrong enough to power it from the 12 VDC system, I dont know, is nt that very poor efficency of the electricity.

The installation is not finished, I will have the shelf supported on four vertical teak lists, one in each corner (lightley glued to the sides for easy maintenace in the future). 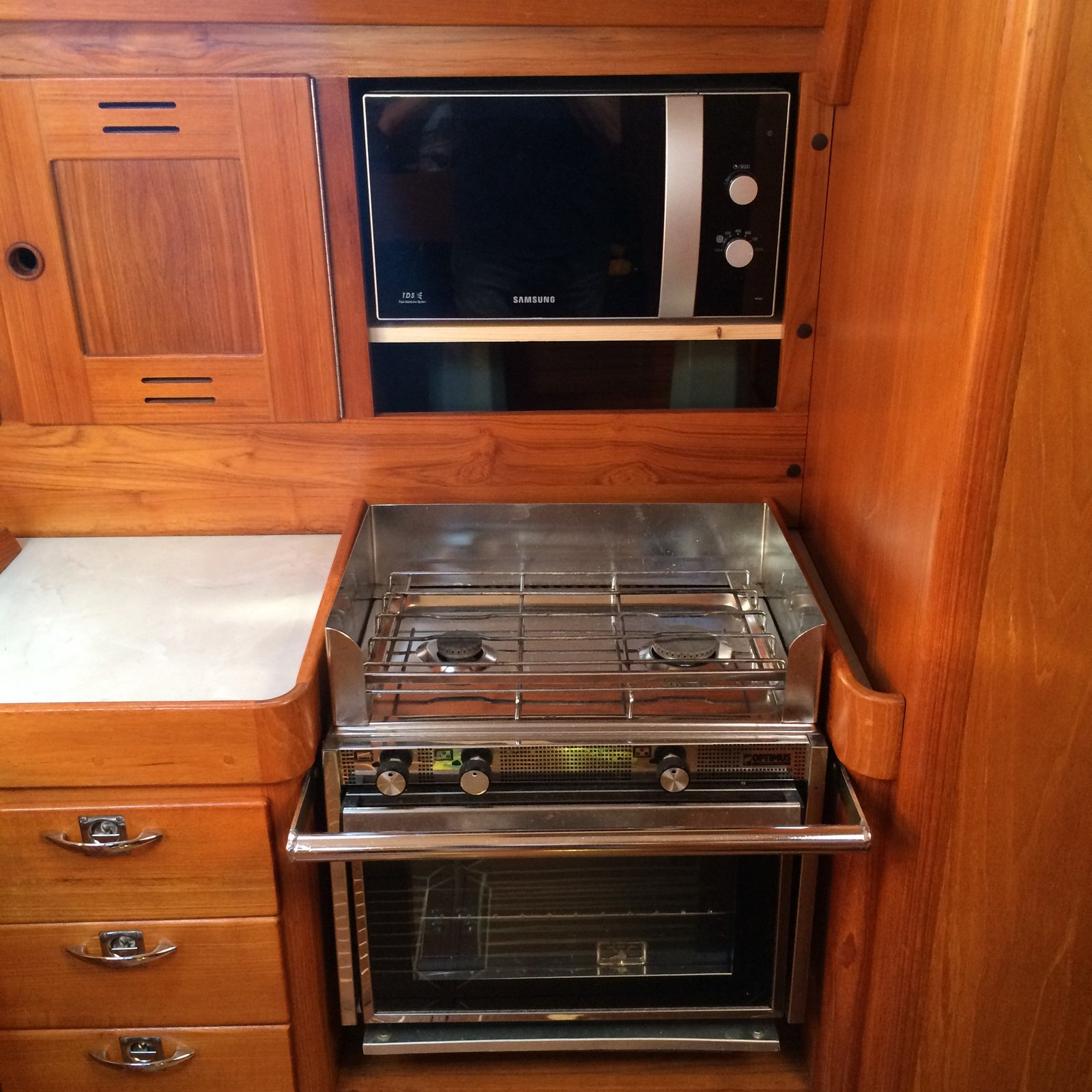